George Alvarado-Salinas came late to “the beautiful game”. He didn’t fall in love with soccer until the 8th grade when his parents took him to Mexico. George returned from the trip a changed person, admitting he had become “soccer crazed” insisting on wearing indoor soccer shoes and jerseys everywhere he went. While he developed his skills into being a good field player, his passion for the game came alive when juggling and doing tricks with a soccer ball. Known for being a bit reserved in a crowd, George found satisfaction in this solitary pursuit of excellence. 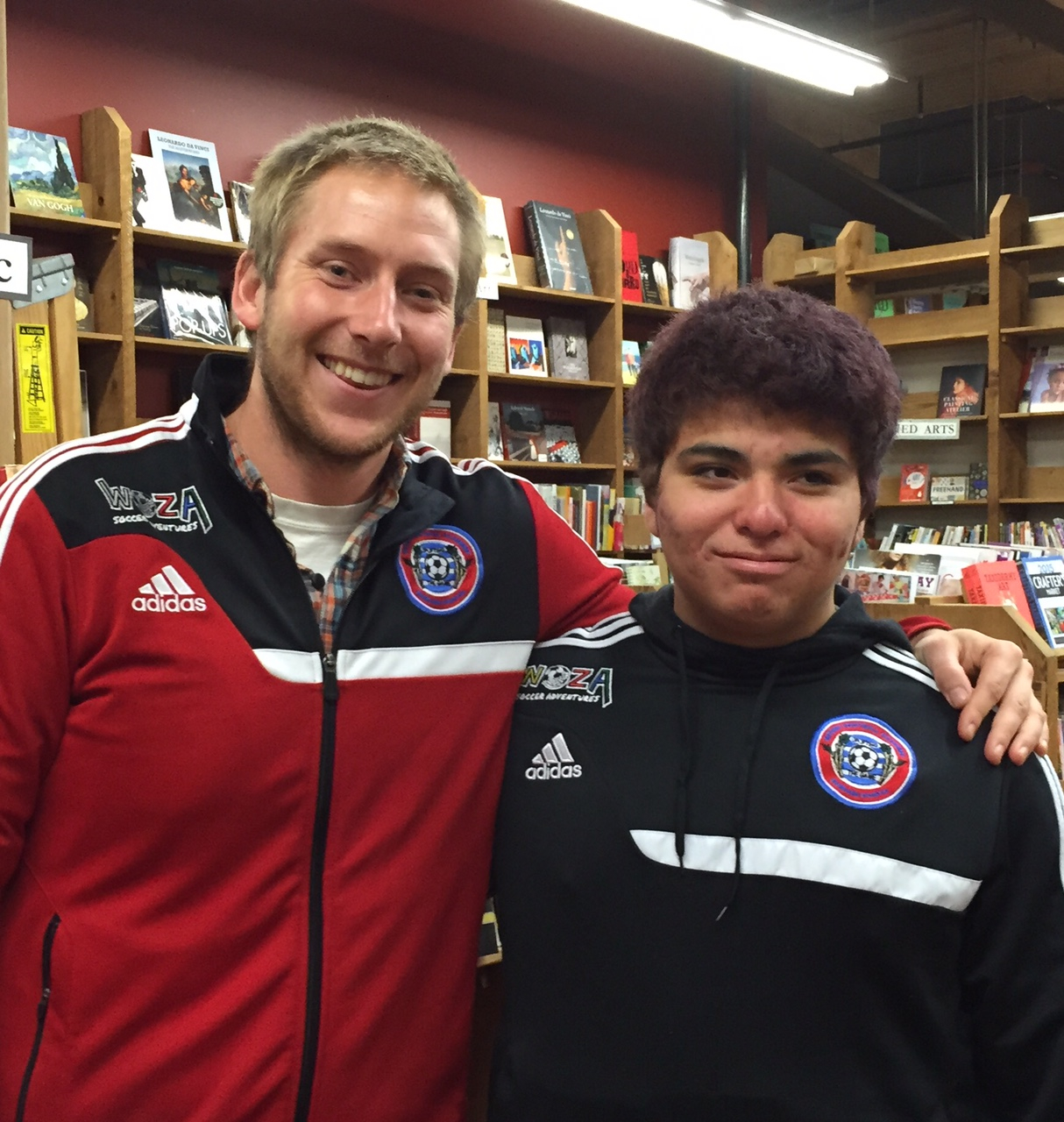 While George was perfecting his juggling routines and navigating the journey out of middle school and into high school as a Rainier Scholar, Chris Kaimmer, a Yale University graduate from Ballard High School was following his love of the game to soccer pitches around the world. As a volunteer with Grassroot Soccer, a sports-based non-profit supporting HIV/AIDS initiatives in Africa, Chris saw how soccer connects people and helps save lives. In 2013, inspired by the time he spent with Sheldon Hughes, the director of Mtuba Football Academy in South Africa, and other inspiring sports programs like it, he founded a soccer-focused travel company, Woza Soccer, as a way to share the experience with teens in America.

The word “Woza” translates to “Come” in Zulu. Players use it to plead for the ball from teammates (Woza! WOZA!) or to express excitement or disappointment on the field. It is an ever-present yet unmistakable term that epitomizes the passion Chris wants to instill in players and in this transformative cross-cultural program.

For his part, George was introduced to Woza through the program’s efforts to identify scholarship candidates and a partnership created through Chris’ meeting with Sarah Smith, Executive Director of Rainier Scholars. With a lifelong passion for sports and also a lover of the beautiful game, Ms. Smith saw Woza as yet another opportunity to expand the view of scholars, enriching a students’ perspective of the world and how one can make a difference.

Upon learning of the chance to travel and play soccer, George and his parents jumped at this unique opportunity. The trip did not, however, begin auspiciously.
With a mind-numbing 16-hour flight and thirteen other kids from around the country he didn’t know, George admitted, “It was pretty weird. All I wanted to do was sit by myself and read.” But eventually, soccer began to work its magic. As Chris observed, “It was this amazing transformation from a kid alone in a corner of the airport hiding behind sunglasses and reading philosophy who, after a few days and a few touches on a soccer ball, became a beloved part of the group.” George agrees saying, “Soccer made the difference. You’re together with teammates – sharing the experience.”

Making a difference through soccer. That is Woza. When asked what he remembers most about the trip, George recalls, “Soccer. Playing soccer ALL the time.” Whether it was with the Zulu boys on a home-made soccer field, in a market square in Cape Town while waiting for the ferry to Robben Island, outdoors at Sheldon’s house around a stewing pot of Potjiekos – a local dinner favorite – or leading a clinic for HIV-positive local youth, a soccer ball was always present. It was a new and powerful experience. Host families of modest means welcomed them into their homes, sharing a contagious sense of happiness. Their ability to be grateful for what they had while at the same time having big dreams for the future was eye opening to George.

So it was, some mo 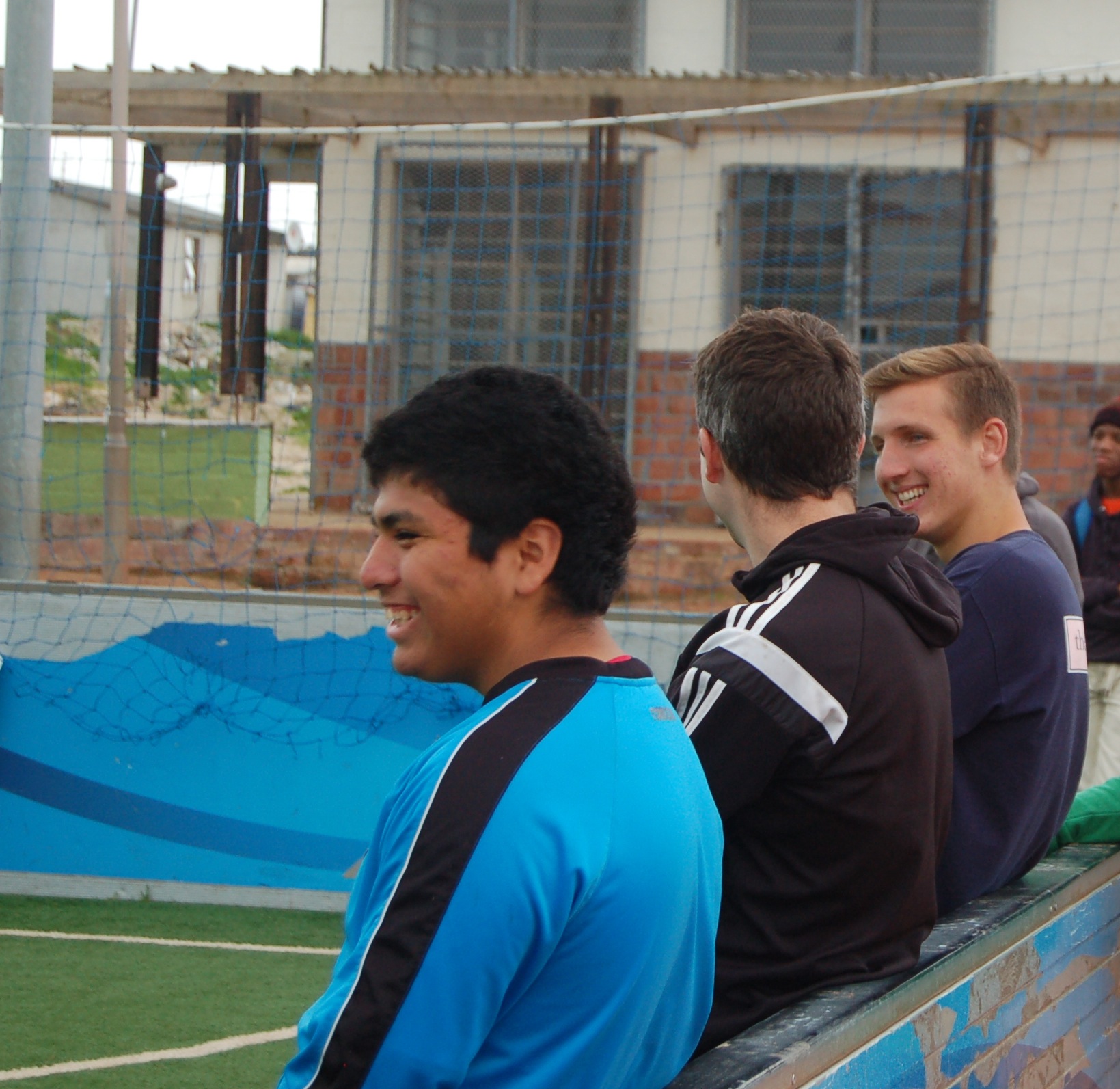 nths later, back in Seattle, when Chris asked him if he wanted to go on another trip, George’s face lit up immediately. It was as if his heart was saying, “woza, woza — Woza!” Yes. Yes, I’m open – pass me the ball!

George is a junior at Seattle Academy of Arts and Sciences (SAAS) and a member of Cohort VIII. For more information on Woza Soccer contact Chris Kaimmer via email.

In light of public health concerns and in consultation with our Board of Trustees, we have made the difficult decision to cancel our April 22nd luncheon.

Due to the uncertainty ahead in the coming weeks and months, we have decided not to reschedule the event at this time. This is especially hard for us given that we are celebrating 20 years of impact, and held great anticipation and excitement for the gathering we had planned.

As you may know, our luncheon is our largest fundraising event of the year, generating 35-40% of our annual operating budget. Please stay tuned for an upcoming spring campaign, featuring scholar and alumni stories that will inspire you, as well as opportunities to invest in our program.

While we are deeply disappointed to miss a community-wide celebration during our milestone anniversary, we remain laser-focused on supporting our scholars and families, many of whom are now more vulnerable than ever.

Resilience and community support have been hallmarks of our program for the past 20 years.

We are relying on both during these challenging times.

As a result of school closures and guidance from King County Public Health, we are CANCELING ALL RAINIER SCHOLARS INTERVIEW AND READING AND MATH ASSESSMENTS at this time.

Please continue to monitor your email and phone for messages from Rainier Scholars. We hope to update you soon with information about how we plan to move forward with our recruitment process for Cohort 20.

Please stay safe and healthy during this time,