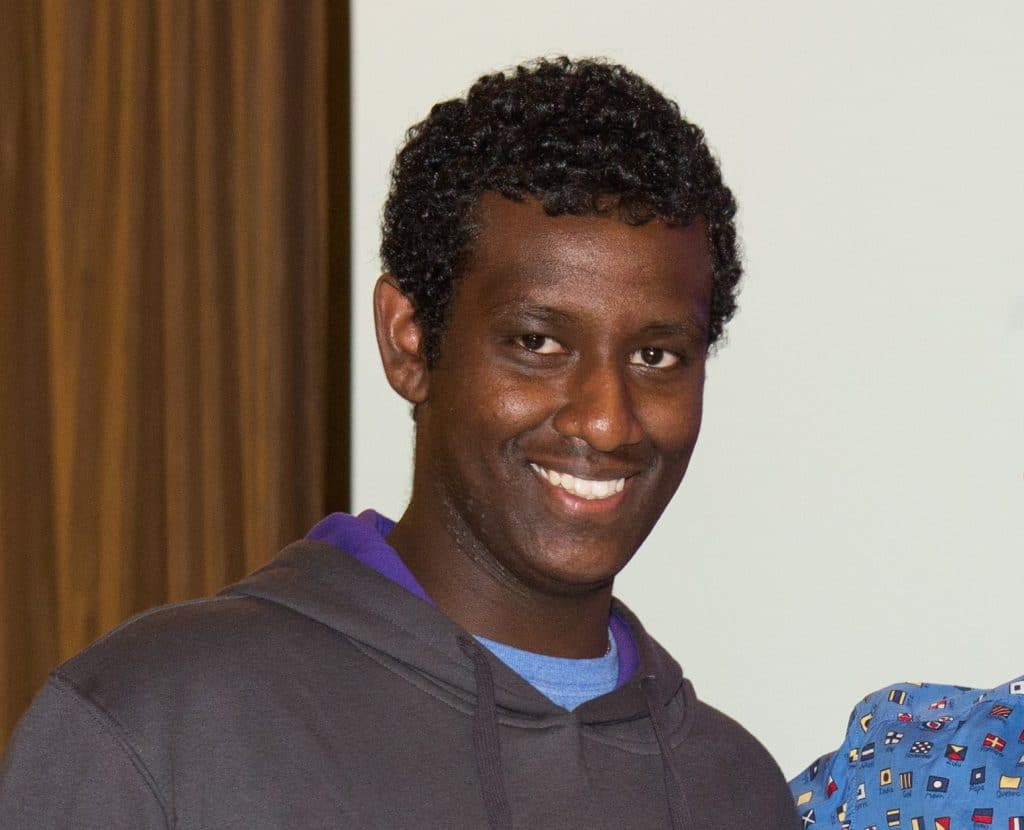 A formula for success

When Daniel Ewnetu and his parents first learned of Rainier Scholars in the 5th grade, he was, in a word, “hooked.” Hooked by the academic rigor and knowing he would be challenged.

In describing the Academic Enrichment phase he remembers, “Academically, I was really just broken down and rebuilt. I figured out what kind of studying worked for me, how to handle an unmanageable workload and how to efficiently relax.” He explains, “The way we did it was to make a hard line separating work and play. Go outside, play hard and then come back in to class and work.”

“Academically, I was really just broken down and rebuilt.”

Inspired by a summer spent at Phillips Exeter Academy, a prestigious preparatory school in New Hampshire, Daniel applied to high school at Oregon Episcopal School, a private boarding school in Oregon. According to Daniel, his parents, while somewhat hesitant with his decision, did “agree that, for me, learning independence at a younger age would be a good idea.”

And it was. Not only did Daniel receive his sophomore class’s highest honor, the coveted Patty Jeanne Semura Award, as the student who best embodied the characteristics and qualities of integrity, leadership and compassion for others, he went on to become student body president.

During his summer breaks Daniel took the opportunity to gain valuable work experience through several internships. He was an analyst for the Microsoft Office 365 Revenue Team and worked on several projects for Transportation Choices Coalition related to the growing electric vehicle market.

Daniel now plans to take these new skills with him as he pursues his business interests next year at Northwestern University, one of the most selective schools in the country, where he was accepted through an early decision.

It was as if he had a formula in his head:

That may sound, well, a bit too formulaic, but it reflects who Daniel is—a young man sure of himself, and aware of the world around him. Asked what he learned early on at Rainier Scholars, he says it was about “a higher mannerism, a level of formality…an attitude apparent in the basic etiquette of the classroom.” That is, if you were not paying attention, there was a very good chance you were missing out on something very important—an outcome that does not fit into Daniel’s formula for success.