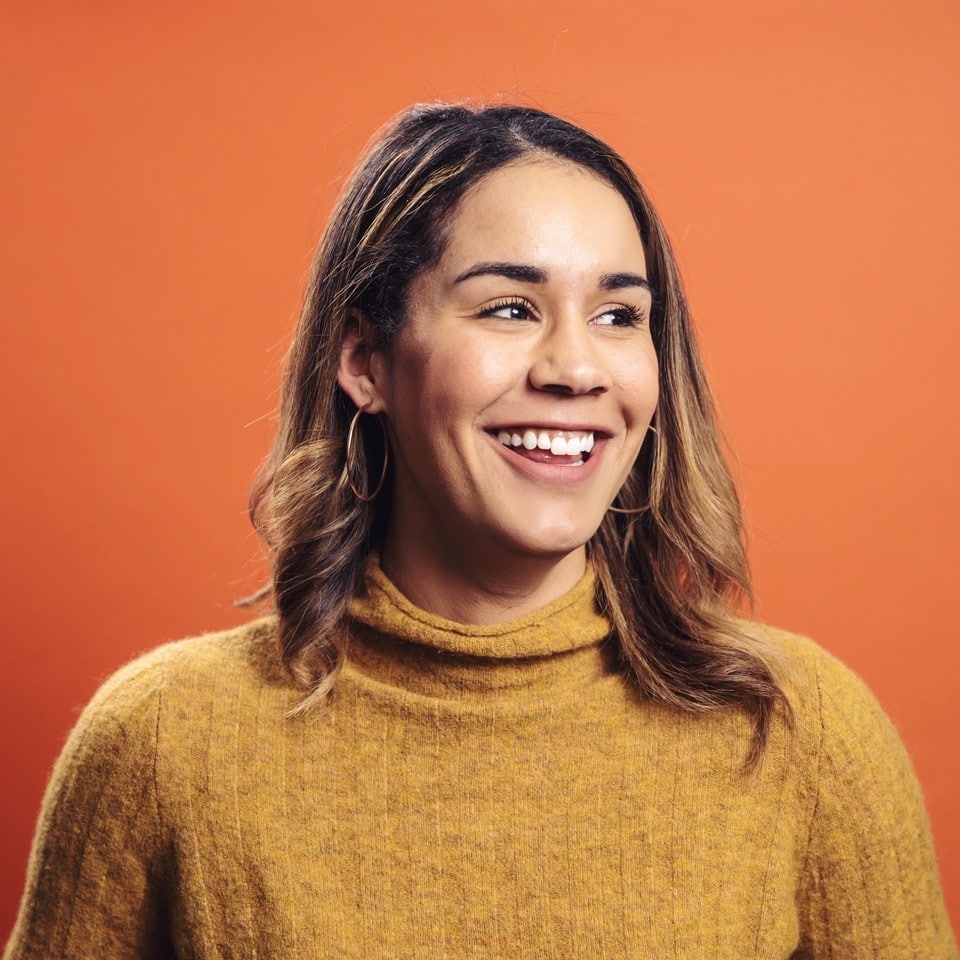 It happens sitting on a school bus looking out the window. It happens during lectures. It happens facing a CEO of a start-up company.  It even happens sitting on the couch with her husband and their two dogs: Miesha Baker can’t stop asking questions. “My husband sometimes will just look at me and be like, ’enough with the questions!’  But I am a person who just wants to know why. Why that thing happens, who built this, why was it built … I’m just very curious in that way.”

Miesha’s penchant for questioning the world around her started early. While self-describing as shy and nervous as a youngster, she always had questions. A seminal illustration of this was when her mother received a piece of mail in 2001 inviting Miesha to apply to a new educational program called Rainier Scholars. Miesha wondered, “Did I get this because I am good in school or because I need help in school?” An interesting question and one whose simple answer is “yes.”

Yes, because Miesha had tested well enough to be considered for the program and yes, because of her potential to excel. With its focus on providing educational opportunities not otherwise available to low-income children of color, Rainier Scholars was established to help elevate and foster their inherent strengths. There are few things in life more precious than the curiosity of a child. It is fragile and easily lost or diminished if not encouraged and cared for. At the root of the word curiosity is “cura” which in Latin means “to care.” Rainier Scholars cared about Miesha Baker because Miesha Baker was so curious about the world around her.

When Miesha started the Academic Enrichment Program (AEP), she did not look forward to those early summer mornings when she was picked up in West Seattle by a bus and taken across town to Aki Kurose Middle School in Rainier Valley.  However, once on the bus she was fascinated peering out the window to check out the different neighborhoods and the houses her new classmates lived in. “It was comforting in a way, taking the bus,” she says about the journey. “It was like, ‘Oh, everyone comes from different experiences and different houses and apartments – we’re all in this together.’”

Rainier Scholars helps students find their voice. In classrooms, questions are valued and challenges to the status quo encouraged, but every challenge comes with a responsibility. According to Miesha, “It’s one thing to speak up and have questions; it’s another to know why you feel that way and be able to articulate your point of view. Rainier Scholars helped me have a point of view.”

Take for example the ongoing debate Miesha had with her parents around attending public schools (her preference) and private schools (her parents’ choice). Miesha’s early arguments to attend public school did not convince her parents and she went to Seattle Girls School (SGS) for middle school, an experience she ultimately came to appreciate and respect. After graduation from SGS, Miesha upped her game for the second round of the public vs. private debate by creating a PowerPoint presentation for her parents.  This time she prevailed and was allowed to attend West Seattle High School, although a signed contract stipulating to a certain GPA among other conditions was required!

Miesha credits Rainier Scholars and SGS for holding her accountable at such a young age. It was during those years when she realized she had access to a wealth of resources – all she had to do was to ask for them if she needed help. When asked why she thought her parents accepted her argument the second time around, she says it was a matter of maturity. “I was able to explain to my parents why this was so important to me. I was able to explain why I wanted to be immersed in my community and had proved I could succeed in school despite the social challenges around me.”

When it came time to choose a college, Miesha was happy to be accepted to Washington State University and the Edward R. Murrow School of Communications.  She accepted the opportunity – proud to be the first in her family to go to college and pleased to stay closer to home and not put as much of a financial strain on herself and family.

In each of these instances and throughout her educational journey, Miesha was surrounded by a caring and committed community of fellow students, teachers, staff and her parents, all of whom not only heard her questions, but each, in their own way, lifted up her inquisitive nature, allowing her curiosity to rise to the next level and encouraging her to take the next step.

Since graduating from WSU with a BA in Communications, Miesha has worked in Public Relations and Communications at ZGF Architects, WE Communications, Amazon, and The Riveter. Currently, she is a strategist in the Seattle office of Touch Worldwide, a local experience design agency. In each of these jobs, Miesha continued to use her preternatural powers of observation and questioning to not only advance her career, but to feel the satisfaction that comes from her ongoing exploration of what life can be.

It should come as no surprise that in her work today, when established clients like Microsoft and Starbucks, as well as start-up companies, come to Touch with a new product or event in mind, she asks them questions – a lot of them.  “I love working with clients and helping them figure out their story. What is their brand? What is unique about their audience? How do they want to tell their story? What is their journey?”