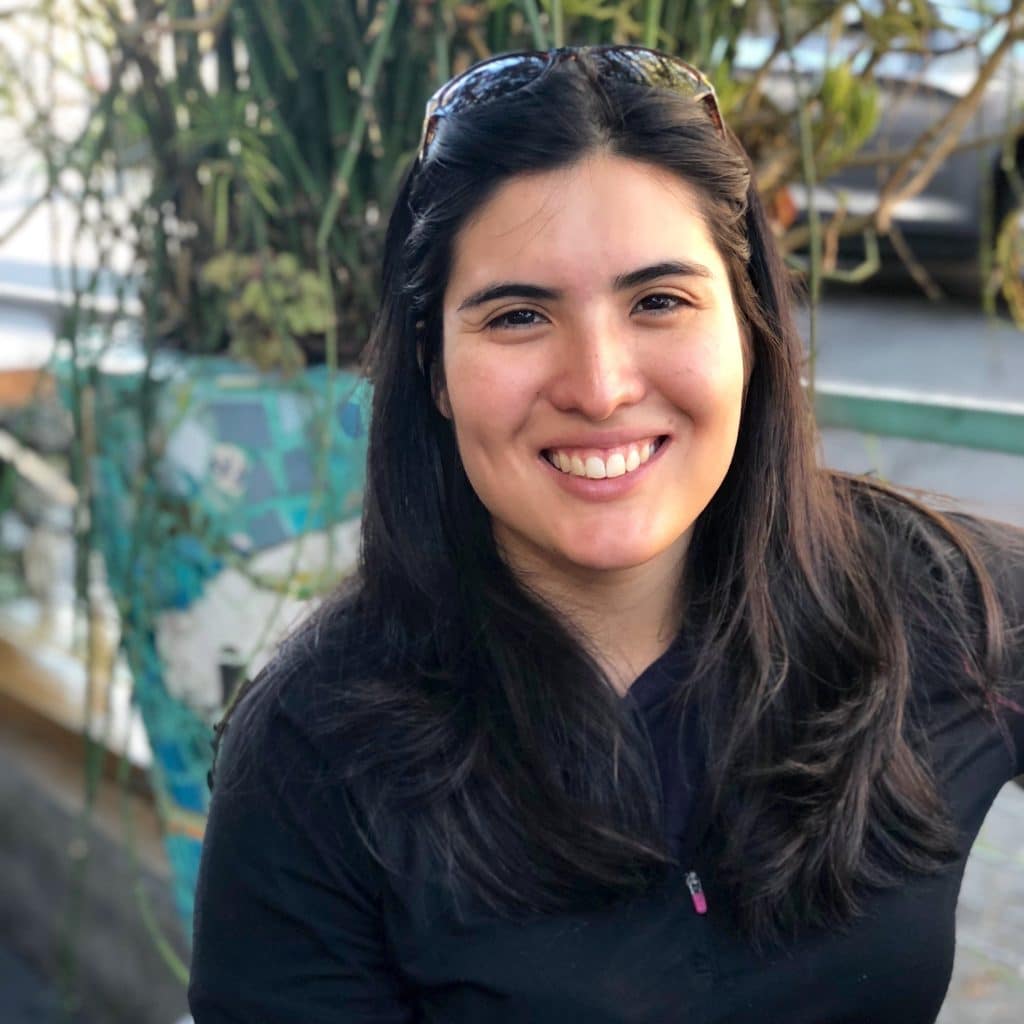 Jimena Diaz Leiva dreamt of going to the Amazon rainforest since she was in second grade. That year, her class made dioramas of rainforest animals and had discussions about deforestation, and saving the rainforest. The project culminated in a visit to the Woodland Park Zoo to see its new rainforest exhibit. The field trip had a memorable impact on Jimena. “Being from Peru, I felt a cultural connection to the Amazon and I think it also was the first time I learned about environmental issues and became like a zealot.”

Jimena was born in Lima, Peru in the 1990s, a time when the Maoist revolutionary organization, the Shining Path, was active and sowing instability throughout the country. In fact, as a newborn in the hospital’s nursery, a car bomb went off at a nearby radio station shattering the windows of the hospital. Her family left the country to come to the United States a year later, joining other family members who had also escaped the violence.  Growing up in what she calls “a small Peruvian enclave” with her aunts and maternal grandparents in the Ballard neighborhood of Seattle, her extended family slowly found the rhythm, language and culture of their new country, while also celebrating Peruvian holidays together and keeping as many traditions alive as possible.  Because she came to America as an infant, learning the language and navigating social mores was easier for Jimena than for her older siblings. At the same time, her desire to return to Peru resonated louder.

Jimena would go back to Peru alone for the first time when she was 22 years old.  Recently graduated from Dartmouth College in New Hampshire with a double major in Environmental Studies and Biology, she received a post-graduate fellowship from Dartmouth that allowed her to study anything she wanted, anywhere. Jimena followed her dreams and went to the Amazon rainforest in Peru to lead a project on freshwater biomonitoring. It was a ten-month assignment and one that had many challenges. “I think it was very important for me to get a taste of what it is like to do applied conservation work in a developing country,” she says. Working with and amongst the local population helped her realize how important it was to involve the community in any type of conservation effort. Her interest in the intersection of society and the environment, combined with her desire to be closer to her family, brought Jimena back to the West Coast to pursue a PhD in the Department of Environmental Science, Policy and Management at the University of California, Berkeley.

Currently in her fourth year at UC Berkeley, Jimena’s dissertation looks at the social and ecological impact of artisanal and small scale gold mining in the Peruvian Amazon. She explains: “It’s a type of mining that’s really minimally mechanized. Small crews work with things like car motors, PVC pipes, and suction pumps to get at this really fine gold dust buried under the rain forest. To do so they have to use mercury, so I’m trying to understand the lateral transfer of mercury from abandoned mining pits to the rainforest, that is, how the mercury moves through the environment, into the food chain, the bugs and the birds and so on.”  For the past four years Jimena has been visiting the mining areas where this is happening, spending time with the miners and getting the cultural and political perspective of the people actually doing the work. Her dissertation is titled Ecologies of Gold.

Jimena admits that pursuing a PhD is intense. It requires a near unquenchable thirst for learning. As she tells any prospective PhD candidate, “You just have to have a love of learning, because so much of your time will be spent in your own world working on a dissertation that is so narrowly focused; you’ll be reading and thinking endlessly so you really need to have a drive and a motivation.”

Drive and motivation – two attributes Jimena had to learn about the hard way early on in her academic journey. In fact, it was just a few weeks into her very first summer of a new program called Rainier Scholars when she was ready to quit. She was exhausted trying to keep up with the workload, missed her friends, and didn’t understand the point of it all. Once that became apparent, everyone involved with her at Rainier Scholars – her parents, teachers, staff met with her individually – and convinced her stay in the program. As Jimena recalls, until that point, she didn’t understand she had people supporting her. But from then on, she says, “I knew I was part of a community who shared in the successes and failures of each individual.”

Working through those early years at Rainier Scholars transformed her and instilled a drive for knowledge and the confidence to address difficult problems. She says, “The act of understanding my own academic potential was akin to putting on new glasses. I had a better sense of my surroundings; my foresight improved so that I could envision myself in places that weren’t dreamable before.”  Places like Dartmouth, UC Berkeley and, of course, the Amazon rainforest in the eastern part of Peru. Once she receives her PhD next year, Jimena feels the time is right to go back to Peru. To return to live and work with people who are just as motivated as she is to make a difference in their country.

She says, “Moving forward I want to find the place where I can have the most impact. I would love to consult for research institutes or non-profits and one day start an NGO involved in research and teaching around the social and environmental impacts of resource extraction in Peru. The hope is to involve Peruvians and train the next generation in interdisciplinary research approaches.” While many of these details need to be worked out, what Jimena does know is she will be part of a community – a community that shares in the successes and failures of each individual.