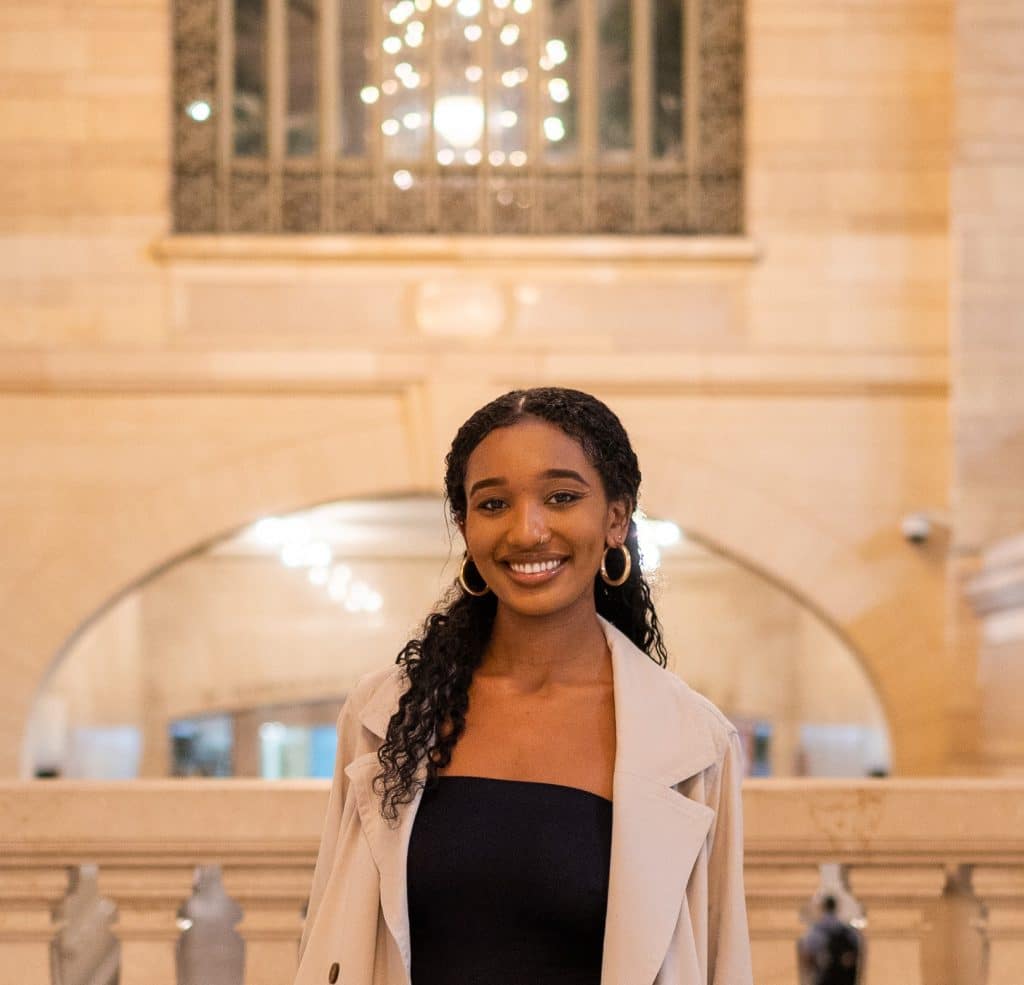 Danait Weldeselase Yemane is grateful she has three grandmothers.They are: her father’s mom, Letemichael, and her mother’s mom Letegergish, from Asmara, Eritrea, and a woman named Carol, from Seattle, Washington. Carol sponsored Danait’s father, Yemane Weldeselase – a refugee from the Eritrean-Ethiopian War for Independence who was living in a camp in Sudan. He was a freedom fighter in that war, and she helped him come to America. Over the years that followed, Carol supported Yemane – a teacher in his home county – as he assimilated to society by improving his English, finding work, earning citizenship and ultimately sponsoring his wife, Luula Araya, also a teacher, to join him in Seattle in the early 1990’s. Through this act of support, Carol imparted Yemane Weldeselase and his future family access to the resources required to gain a foothold economically in their new country and have a framework for future success.

As teachers, Yemane and Luula deeply stressed the importance of education to their children. Their standards for schoolwork were high, but they did not know how to navigate the new intricacies of achieving a quality education in America. It is a dilemma facing many low- income families of color, particularly those who are immigrants and have not gone to college in the U.S. It is where Rainier Scholars, in its own grandmotherly way, can bridge the gap, providing students like Danait access to resources and a framework for success.

Danait has many memories of Rainier Scholars – her father walking her on Saturday mornings to AEP classes at Aki Kurose, and chatting with the teachers; the intensity of the Invictus class, the literature/writing syllabi which included To Kill a Mockingbird, Black Boy, and The Odyssey, and the debates she had with her friends about the meaning of these books and their implications. But most of all she remembers the teachers and staff and the ongoing support and empathy they gave her.  The number of resources they made available to her was revelatory. She had student advisors during the Academic Enrichment Phase and academic counselors throughout high school and college. At first, as she says, “I didn’t realize having an advisor was not a negative thing!” They helped her, not only from an academic point of view, but also from a personal perspective. “They were there for any extenuating circumstances at home, or when I needed help answering questions about financial aid and college applications.” In truth, the help Danait was getting is the same kind of support most families with a history of a college education have access to and take advantage of.

Danait was a hardworking and motivated student and she enjoyed her experiences in high school at University Prep in Seattle and at Johns Hopkins University in Baltimore. Each of these experiences brought different perspectives into her life. At U Prep she loved her small classes and her “brilliant” teachers, but she yearned for more diversity in her community. This desire took her east to Johns Hopkins, in large part because of its proximity to New York City, a place she had wanted to visit since she was a teenager. Initially enrolled in pre-med classes, Danait changed her major to public health after a couple of years, a decision she felt was more naturally aligned with her values. She wanted to give back and, as she says, “public health has a community-centered approach; it’s about the collective and how we can prioritize prevention of illness, instead of treatment, to more sustainably improve the health and well-being of a population as a whole.” Her new major, Public Health Studies, and her minor, French Cultural Studies, opened up the world to Danait. Working with her professors in overseas research projects, she not only traveled to Asmara, Eritrea, but also Bamako, Mali; Kampala, Uganda; New Delhi, India; Cape Town, South Africa; Sao Paulo, Brazil; and Paris, France.

When it came time for graduate school, New York City again played a prominent role. Danait chose the Columbia University Mailman School of Public Health in Washington Heights. She’d be there studying, but the world would be right outside her doorstep. She says, “New York is the only place I’ve been to in the United States that feels like you’re in a foreign country. You can spend all day outside and never hear a word of English, depending on where you are – Spanish in Washington Heights, French in West Harlem, Chinese in Flushing, Yiddish in Williamsburg. It is insanely diverse.”

In her first year of graduate school, Danait was active in a mentorship program called RISE, an acronym for Resilience, Inclusion, Solidarity and Empowerment. Similar in many ways to Rainier Scholars, but on a graduate school level, Danait says it helps low–income, first-generation students of color coming to Columbia navigate school and life in the city. “It’s a great collective of students of color who come together to talk about topics most of us were concerned about in grad school – how to connect with professors, follow best practices, and other practical things like how to find jobs!”

Danait graduated from Mailman in 2019 with a Master’s in Public Health in Health Policy and Management with a certificate in Health and Human Rights. Currently, she is a project coordinator at the non-profit African Services Committee (ASC), located in Harlem. Founded in 1981 by Ethiopian refugees to help fellow countrymen come to America, ASC grew into a multi-service human rights agency based in Harlem and dedicated to assisting immigrants, refugees and asylum seekers from across the African Diaspora. Danait and her team focus on providing health education and screening, often traveling to community centers and religious places of worship, like mosques and churches to provide free testing for infectious diseases like HIV and viral hepatitis.

Again, the rubric of providing access to resources and a framework for success comes to the fore. Now, it’s Danait’s turn.

She plans to go to law school next year, an additional degree she feels will prepare her for achieving a long term goal – going back home, to Eritrea. “I want to use the skills I’ve developed living in America to give back and improve the public health infrastructure in the country, “she says.  But for now, Danait finds hope in her work at ASC. “The clients remind me of my parents in many ways. Seeing people navigate a new language, culture, and lifestyle, while managing multiple jobs and supporting their families here, as well as their own communities abroad, is inspiring. Their resilience is humbling.”