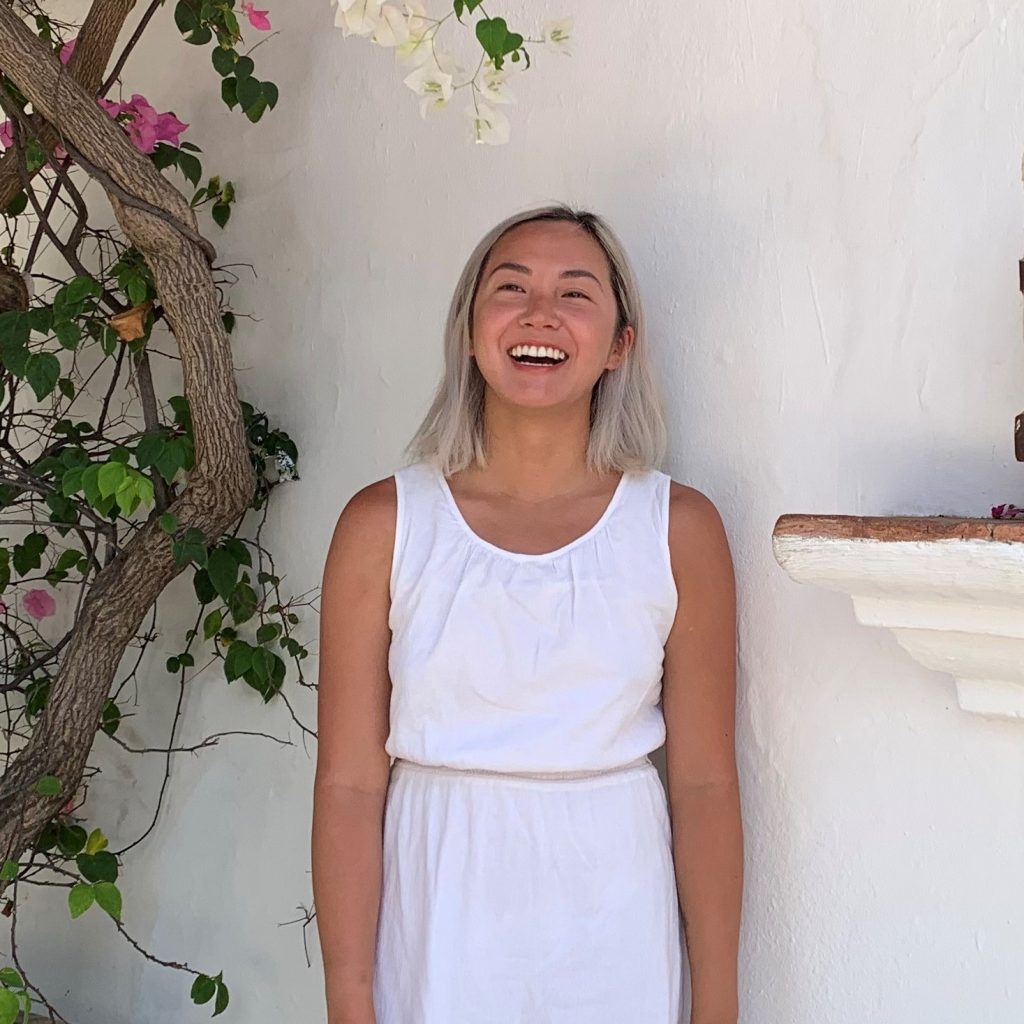 Jamie Li and her family emigrated to the United States from Guangdong Province in China when she was three years old. Settling into the Beacon Hill neighborhood of Seattle, Jamie and her brother were raised in what she describes as “your traditional Asian-Chinese household,” where doing really, really well in school was a top priority. It was a focused childhood, one that had an inherent tension between her parents’ expectations and her own desires.

Jamie’s years with Rainier Scholars became a nexus for this not unfamiliar parent-child dynamic to play out. The work Jamie put in with Rainier Scholars and the support the program gave her in return helped fulfill Jamie’s parents’ dream, and hers, of a college education.  At the same time, as Jamie went through her academic paces, the Rainier Scholars staff encouraged her to take a more introspective look at herself and her place in the world. Jamie recalls one of these experiences that still resonates some 18 years later. The class was called Invictus and it was, as she says, “my first awakening.” Based on the W. Ernest Henley poem of the same name, with the famous last couplet “I am the master of my fate / I am the captain of my soul,” the goal of the class was to help ensure that whatever transitions Jamie would be making in her school or work environments, she would hold on to her own sense of identity, and not be defined by anyone else.

The class was a process of self–discovery, opening herself up with the questions of Who am I?  Who do people think I am?  Who gets to decide? They were questions she and her peers in Cohort 1, all low– income students of color, would be challenged to answer again and again as they navigated their way into and through the more privileged echelons of academic institutions and society at large. For Jamie the class “opened my eyes to the racial disparities in America.” Reading To Kill a Mockingbird, Black Boy and, in particular, Strangers from a Different Shore by Ronald Takaki, a history of Asian–Americans, introduced her to the broken promises and irony intrinsic in the story of “the American Dream.”

Just as Invictus introduced her to important issues in the world, so too did it encourage her to explore her own personal interests and passions.  Sports, school clubs, and theater – she was drawn to all of them and took leadership roles in each of them.  Whether as a high school and collegiate coxswain for crew, a leader of Garfield High School’s Congress of Racial Equality or being a finalist in the annual  Benjamin F. Barge Oratory Competition at Dartmouth College, Jamie excelled in the challenge of being in the “front of the class,” setting the agenda. It was this mix, that of opportunity boldly given by her parents in moving to the United States and a program like Rainier Scholars, that put Jamie on the path to understanding her authentic self.

Jamie has been working in Silicon Valley ever since graduating from Dartmouth College with a Bachelor of Arts in Environmental Studies and Economics in 2013. With seven years of experience in the tech world she feels like a seasoned veteran.  She started at Yahoo right out of college, a time when the company had some 20,000 employees. She left Yahoo in 2016 to work at Lyft, which was then a booming company with 1,600 workers. For the past three years she has been the Growth Marketing Manager at Pared, where she works with 45 others. Based in Oakland, CA, Pared is a business similar in nature to LinkedIn, but focused on the hospitality industry, matching the needs of restaurants with workers looking for jobs in the industry. Pared pairs Jamie’s love of food with the community that makes it. Jamie likes the energy of the city and the work. As she says, “the tech industry here is very dynamic; it has always felt like a great learning ground to me and an exciting place to be.” As her skills grew over the years, so did Jamie’s desire to have more challenge and autonomy in her work. Each move she made served to clarify a little bit more the vision for her future.

In this, the first year of the novel coronavirus, the world has slowed, and with many people self-isolating, self-reflection has become more the norm. It certainly has for Jamie. She says, “I’ve been reflecting on myself, where I am in my career, what’s happening in the world and feeling lucky knowing I have the skills and experience to give back. I feel I have so much potential energy that’s been built up and now I’m in a place where I want to be laser focused on releasing it.”  Kinetic energy kept Jamie moving forward, making for her a success academically and in the workplace. But as in a tensioned bow, she feels her full potential is awaiting the right target to be unleashed and asks herself,” What else can I be doing?”

So far, the answer to that question, comes from her work on two non-profit boards in the Bay Area. Jamie’s first tenure as a board member was for an organization called Art Works for Change (AWFC), based in Oakland, CA. The mission of AWFC is to harness the transformative power of art to promote awareness, provoke dialogue, and inspire action around issues of global human rights, social justice, gender equity, environmental stewardship and sustainability. After AWFC she joined the Associate Board of La Cocina which is based in San Francisco. La Cocina serves as an incubator program for immigrant women of color who have culinary experience and expertise from work in their native countries but lack the resources to grow their small-scale food operations here in the United States into thriving restaurants and businesses.

Jamie feels it an honor to have volunteer for both of these non-profits. Her current work with La Cocina, helping these women move beyond getting paid minimum wage working for others and giving them the opportunity to create something of their own, is deeply satisfying. Coming from an immigrant family herself she is grateful to have the opportunity to give back; to be able to, as she says, “bring my interests and experience to help raise up a community.”  In return, the work helps her move a bit further down the path of self-reflection, always refining her answers to the questions raised almost two decades ago in Invictus:  Who am I?  Who do people think I am?  Who gets to decide?