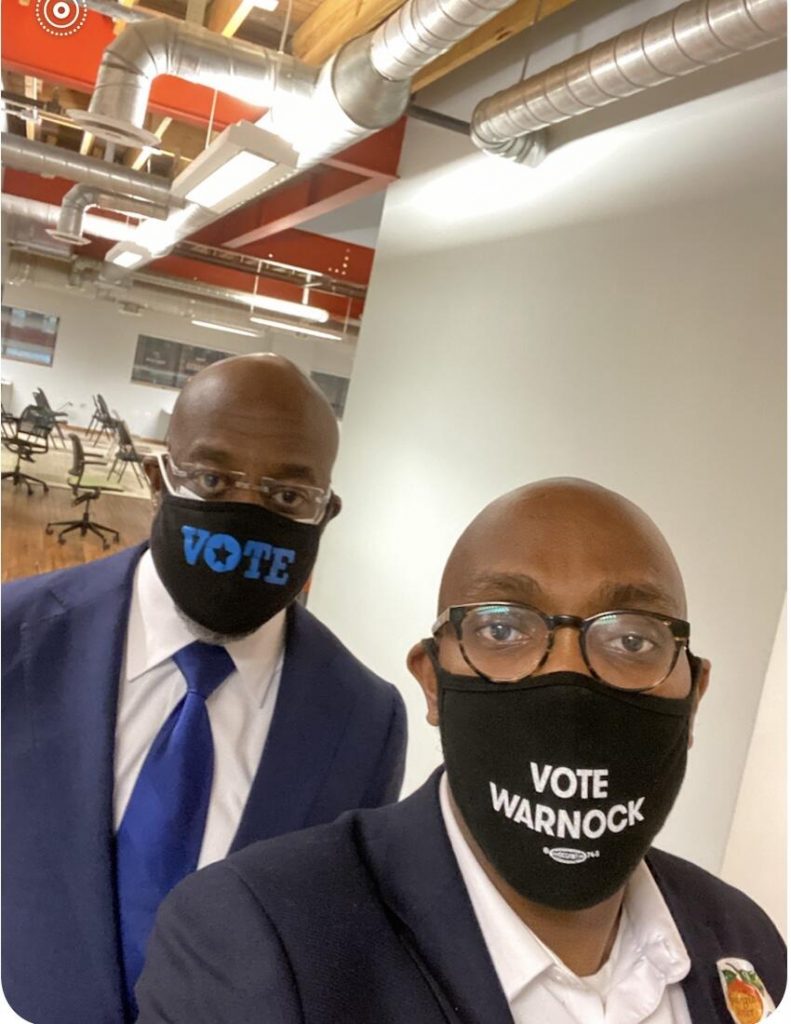 Jamari Torrence’s future may have been sealed during a mock election in 2004, when Rainier Scholars’ middle schoolers assessed candidates John Kerry and George W. Bush.

“It was obvious how curious, smart and politically engaged Jamari was,” remembers Sarah Smith, former Rainier Scholars executive director, who was academic director at the time. She was struck by the young scholar’s keen political insights and ideas about the candidates and the issues at hand.

“I always knew I wanted to go into politics,” says Jamari. “The first political rally I attended was for Al Gore in 2000.”  He was nine years old at the time. “I really got bitten by the political bug after the 2004 election. I was in seventh grade and I remember vividly how disappointed I was by the outcome.”

The Path to Washington, DC

Jamari deliberately embarked on a pathway that enabled him to build a diverse and astute political skill set. After completing middle school at Aki Kurose, he attended Lakeside School and had his first internship at K&L Gates law firm.  He moved to Washington, DC to attend Howard University, where he earned a bachelor’s degree in Political Science in 2015. He complemented those years of study with hands-on experience – as a college campus organizer for the Obama campaign, a member of the College Democrats and a variety of summer internships. He worked on Jay Inslee’s first gubernatorial campaign, worked for a political lobbying firm focused on campaign fundraising and did a stint with the Washington State Democrats. “All of my college internships were political, and they all prepared me for my post-grad life,” he says.

Jamari’s first official job after graduating from college was as a field organizer for Jay Inslee’s re-election campaign. “I think everyone who works in politics should have experience doing a cycle as an organizer,” he says. “You are on the ground, interacting with voters and serving as the public face of the campaign.”

In 2016, he moved back to DC and worked for a political media firm, making television, radio and digital ads for candidates, ballot initiatives and education bonds. Then, deciding he needed experience on Capitol Hill, he went to work for Congressman Andy Levin, serving as a staff assistant, another public-facing role. COVID-19 limited visitors to the Congressman’s office and eliminated much of his role, so he began seeking new experiences. A rising politician in Georgia caught his attention.

Jamari applied for and was not selected for two positions on Reverend Raphael Warnock’s campaign for Senate. The third time was the charm. Warnock’s campaign manager, perhaps impressed by Jamari’s tenacity, offered him the role of “body man.” Jamari had one week to get himself from Washington, DC to Atlanta.

The Life of a Body Man

If you’ve seen West Wing, you may remember actor Dule Hill’s portrayal of Charlie Young, President Bartlet’s body man. The way Jamari describes it, a body man is part personal assistant and part political assistant. As body man, Jamari kept Reverend Warnock on schedule and informed, and carried a bag filled with supplies, an iPad, chargers and, the new essentials – extra masks and hand sanitizer. He also served as a confidante. “There’s lots of time on the road to have good talks and bounce ideas off one another,” he says.

Warnock’s come-from-behind campaign was exhilarating, especially as the political ad temperature heated up. Though Warnock’s opponent resorted to negative ads, Jamari is proud that the Warnock campaign stayed true to its candidate’s principles. “We advised him to ‘remain the Reverend.’ And he did.”

Late on the night of January 5, Jamari was out getting food for Reverend Warnock, who hadn’t eaten dinner. When he returned to the office, everyone was crying because, in his absence, the internal decision team had called the race in Warnock’s favor. “That’s the life of a body man,” Jamari says with a smile.

On January 6, the Warnock staff was busy making thank you calls. Jamari, who hadn’t slept at all the previous night, went home to take a nap. He awoke to the news that the Capitol had been stormed. He was frightened for his many friends and former colleagues there.

Jamari Torrence would soon be headed back to Washington, DC to serve as special assistant to Senator Raphael Warnock, the first Black senator ever elected from the state of Georgia. Though in the day-to-day campaign activity, he did not always have time to appreciate that he was living history, he took the advice of friends and family and made sure to document his extraordinary experiences in a journal.

He is personally interested in foreign affairs and student loan debt forgiveness and in supporting Senator Warnock in championing equitable access to health care, particularly for the rural communities they visited while traveling around Georgia.

Just at the moment when I asked Jamari what advice he had for our current scholars, he was interrupted by a phone call. It was Reverend and soon-to-be Senator Warnock. His body man paused our interview to take the call.

On January 20, a few hours after her own swearing in, Vice President Kamala Harris administered the oath of office to Senator Raphael Warnock. Jamari Torrence was at his office, ready to get to work.