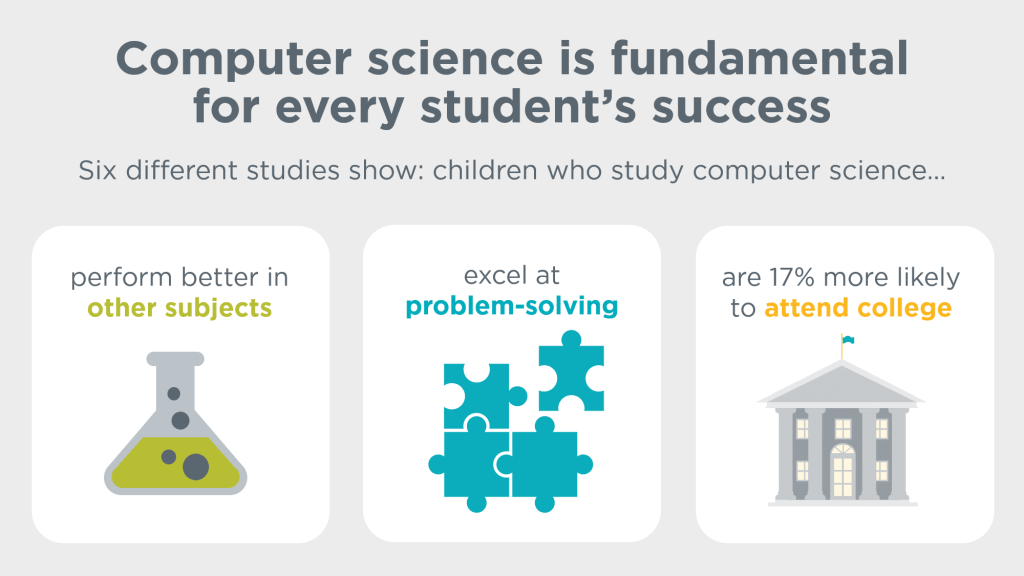 Code.org is on a mission to expand access to computer science education and to diversify the technology sector, where women and people of color are underrepresented. Computer science is foundational, it contributes to student success and it’s a fast-growing and lucrative field, with jobs in every industry.

Recently, Code.org founder Hadi Partovi visited fifth grade students in our Academic Enrichment Phase. They had the opportunity to ask him questions about his life and career path and why he is dedicated to making sure that every student learns computer science to be prepared for the jobs of the future.  Afterwards, students participated in a workshop modeled after Code.org’s Hour of Code.

Experts agree that early career exposure can be a game-changer in motivating students to envision their future and pursue previously unfamiliar career paths. And what better motivation than hands-on learning?

Our eighth-grade scholars have been participating in Saturday morning computer science workshops, designed to give them a taste of how coding can be applied.  Scholars are currently creating their own video games, using functions they’ve learned, and will begin to factor in visual appearance, user experience, features, and more. This nine-week series will culminate with a symposium in May, where scholars will have the opportunity to showcase their creativity and new programming skills to their family and friends.

Ahmir Huggins shows signs of being bitten by the computer bug. Because of this workshop, he decided to register for the University of Washington’s Introduction to Python II summer course to build on what he’s been learning.

Safiya Mohamed says she has found her calling.  Highly engaged, she’s impressed her instructors with her willingness to ask questions, embrace mistakes and seek help.

“This class has been very helpful, and I really enjoy it,” she says. “I am always good at participating because I tend to have a lot to say. I particularly enjoy this class because I want to be a software developer when I’m older, so this is a good chance to learn something new for my future career.”