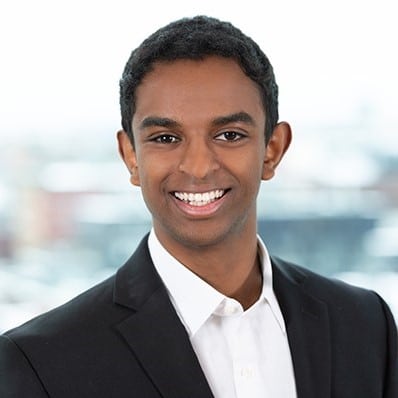 When Dawit Workie completed the Academic Enrichment phase in 2008, he earned admission to St. Michael’s University School (SMUS) in Victoria, B.C., becoming our first international boarding school student. Dawit and his family came to the U.S. from Ethiopia in 1999 and never imagined this possibility: SMUS was a life-changing opportunity. Dawit’s father made a phone call of gratitude to all those involved. “Without Rainier Scholars, Dawit’s future would not be filled with so much potential and possibility.”

“Without Rainier Scholars, Dawit’s future would not be filled with so much potential and possibility.”

Starting as an 8th grader, Dawit flourished in his new school environment and took advantage of every opportunity offered. Dawit was dedicated to both basketball and rugby but equally so to his academics and leadership roles on campus. Thoughtful and kind, an extraordinarily hard worker, Dawit was motivated and focused on achieving his goals. When applying for college, Dawit set his sights high and earned acceptance to one of the most highly selective schools on his list – Dartmouth College.

A most memorable fall weekend was when Bob Hurlbut, Rainier Scholars Founder, visited the Dartmouth campus to witness a new chapter in Dawit’s life. Bob said it felt a bit surreal to be standing on the green watching a rugby game of Dartmouth vs. Yale and to witness a Rainier Scholar playing on the team. The outcome? “They destroyed Yale 48 to 5.”

As a rising senior at Dartmouth College, Dawit spent this past summer in San Francisco interning with BlackRock, an asset management corporation. He credits BlackRock for allowing him to work on a variety of projects and as he says, “no two days at the office were ever the same. My favorite part about working for BlackRock is the atmosphere, the people and the emphasis put on accomplishing goals.”

Dawit will graduate from Dartmouth in 2017. Potential and possibility. Access to unimaginable opportunities. Accomplishing goals. That is the essence of Rainier Scholars.