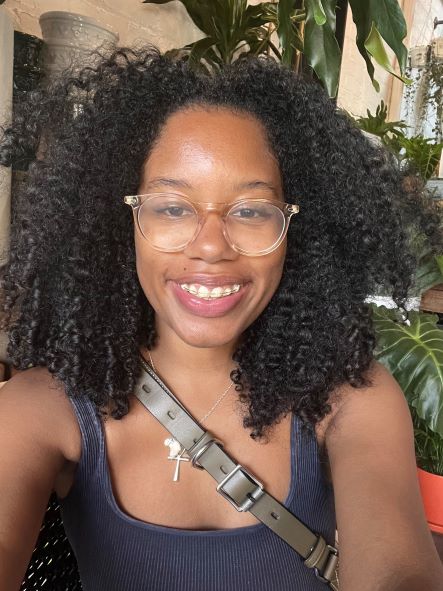 When I was young, and my mom was at work or went to the store, I would sneak into her closet and pick out a pair of high heels. Depending on the scenario in my head, I would pick out chunky heels or stilettos, put them on, and pretend to be grown. A lot of being grown was being in charge. If I worked in an office, I was the CEO of a large tech company racing to put a patent on the first invisible car. If I was a spy, I was Josephine Baker reincarnated, dancing my way through borders, and sharing brilliant ideas via walkie talkie to my team of agents back in the U.S.

Early on, I named my character, whom I considered my alter ego, Alicia. Alicia knew every language and every important person. She knew how each gadget worked and came up with her own inventions. She was the best boss, the best spy, the best cook, and later, the best mom. She was at least 5’8, which was taller than anyone in my household, and managed to do the impossible. There were so many times I would be so deep into play, that I wouldn’t hear my mom coming up the stairs to our apartment until it was almost too late. My life as Alicia had to go away in a flash. I kicked off the heels, threw them back in her closet, ran to my room, and pretended I was on YouTube instead.

There was something in Alicia that was already in me. She was the grown-up version, the perfect version, but I was acting out parts of me that were already being cultivated, such as language, creativity, storytelling, and invention. Alicia might have known every language, but Zoe was no stranger to different languages. My mom bought me beginner French books and books about ancient lands whose languages had to be decoded. Alicia might have been the most advanced spy in the world, but Zoe knew what it took to be a good agent. I begged for books on espionage, and my mom listened. She even purchased walkie talkies my friend and I could use to go on “missions” meaning we spied on her parents as they played video games, hiding behind their couch and under tables supposedly out of sight.

The skills and life Alicia had, I was actively imagining for myself, manifesting a future with big ideas, achievement, and travel. I was manifesting agency and choice, and my mom encouraged my play because she imagined that life for me as well.  I had everything inside me that I needed to create the future I wanted. I woke up early. I enjoyed class and did my homework. I read countless history books and watched Discovery Channel. I wrote poems, songs, and drew sketches. I loved learning, was naturally curious, and driven.

But there are things working against us that we don’t always understand, especially not as children. When my mom took me to the first Rainier Scholar’s application session, she knew they would build upon what was already there: a bright, motivated kid who felt anything was possible. A little black girl who just knew she deserved the world, too.

My mom believed Rainier Scholars would give me access to opportunities that would help me grow into my dreams and continuously create new ones, and she was right. She did a good, courageous thing by trusting them with her child.

I entered the Bush School in 7th grade and went to Paris, France my first year there. The next, I went backpacking through Utah which turned out to be the necessary foundation to the semester school I completed junior year of high school at High Mountain Institute where I learned to backcountry camp in a quigloo, summit a mountain on skis, read a map, and become a better leader. I joined the cross-country ski team my freshman year of high school and went to Alaska where my eyelashes froze, and Bend, Washington to compete in junior Olympic qualifiers I was destined to lose, but still enjoyed because I was out skiing.

I wrote poetry and did photography all over Seattle for my senior project and, when I went to Smith, I was supposed to be a biology major, but I quickly switched to English Language and Literature, my passion. I studied Milton, Chaucer and chivalric romances. I minored in creative writing and developed my poetry skills, which resulted in a capstone performance called “We Inherit the Earth”, a series of poems about finding family history by way of dirt.

The first semester junior year, I studied abroad in London and visited friends in Copenhagen, Berlin, and Paris. The second semester, I went to Havana, Cuba and researched Cuban beauty standards in relation to their history of enslavement and put my findings into a blend of interviews and poems.

There have been so many opportunities, so many that I haven’t even mentioned, because I went to Bush and then Smith and met amazing people in the process. These are the kinds of experiences I would have made up for Alicia, but I got to live them myself.

Now, I am an emerging writer in an MFA program at Columbia University, interning at Rainier Scholars, coming back to share my story.

To say, thank you. To tell parents it’s worth it. To tell donors it’s a beautiful journey to invest in. To say to current scholars, the work may be hard, but you’ll get to have fun, don’t worry!

Rainier Scholars saw me for who I was at a young age and helped put me in places where I would shine. Years later, they haven’t stopped supporting me.